3 Ways To Work With A Leader Who Consistently Focuses on the TrivialOften this type of focus supresses internal decision-making on racial equity.

Bikeshedding and racial equity?Yes, there is a connection.

A colleague recently introduced me to the law of triviality, where leaders “within organizations focus on the trivial rather than difficult, complex tasks.” This tendency is also referred to as “bikeshedding”.  Historian Cyril Northcote Parkinson used a metaphorical example to explain the concept.

Here is his example:

Why do leaders overfocus on the trivial?

I am struck by this phenomenon. Leaders who are faced with challenging circumstances instead focus on fonts, print margins, gossip, Zoom backgrounds, and hashtags in Slack channels. Why? Especially when there is a myriad of issues connected to the pandemic to sort through. Add to that, organizations can always do a better job of inclusion, fund development, and promoting staff cohesion.

Has that ever happened to you? Have you ever been leading something important only to be stymied by a leader who only focuses on the smallest picture or its most minuscule details?

Business research suggests that it is much easier to focus on smaller things because people are most likely to know about them versus large and complex issues. In the complex, information takes longer to gather and is tougher to analyze. I believe this to be true, especially in the racial equity space.

Other dynamics to consider

I also believe that an overfocus on the mundane can be other dynamics at play:

It’s frustrating because it is so clear to see when a leader spends too much time focusing on small, trivial issues at the expense of bigger systemic ones. As I ponder this more, I am led back to the adaptive leadership model that I often draw from. Many times leaders resist or sabotage equity efforts because they lack competency in that space and are afraid of being thought of as incompetent. No one wants to ever be thought of as incompetent — even if they are.

Maybe an overfocus on the mundane is a way to seek comfort in a safe space far away from the bigger issues.

Here are three ways to address consistent overfocus on the trivial:

Remain calm. Chances are the consistent shifts back to the most unimportant matters may make you want to scream. Go ahead, do that. Be in situations with this leader, do your best to stay calm.

Recognize that what is happening is absolutely not about you. This one can be tough because the avoidance can feel so personal and so detrimental to the racial equity work that you’re working so hard to lead.

Look for the root cause. There’s always a reason for the over-focus. Identify it. That’s the starting place for you. Because chances are trivial is also a place of familiarity and comfort. The leader won’t want to leave that space. Try not to dismiss the trivial for being — well trivial– rather reemphasize the important. Repeat. 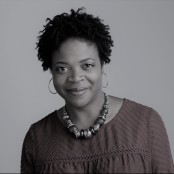 Author: Joanna Shoffner Scott
Dr. Joanna Shoffner Scott is an experienced management consultant specializing in helping organizations realize their racial equity aspirations. She has consulted with more than 50 organizations in the public and private sectors. Clients and former clients include organizations from workforce development, research, public policy, social services, place-based community sector collaboratives, government agencies, and philanthropies. She is the founder and Principal of Stamey Street Consulting Group. Joanna helps organizations move forward who are stuck in their racial equity journey.
Join my email list
We use cookies on our website to give you the most relevant experience by remembering your preferences and repeat visits. By clicking “Accept”, you consent to the use of ALL the cookies.
.
Cookie SettingsAccept
Manage consent

This website uses cookies to improve your experience while you navigate through the website. Out of these, the cookies that are categorized as necessary are stored on your browser as they are essential for the working of basic functionalities of the website. We also use third-party cookies that help us analyze and understand how you use this website. These cookies will be stored in your browser only with your consent. You also have the option to opt-out of these cookies. But opting out of some of these cookies may affect your browsing experience.
Necessary Always Enabled
Necessary cookies are absolutely essential for the website to function properly. These cookies ensure basic functionalities and security features of the website, anonymously.
Functional
Functional cookies help to perform certain functionalities like sharing the content of the website on social media platforms, collect feedbacks, and other third-party features.
Performance
Performance cookies are used to understand and analyze the key performance indexes of the website which helps in delivering a better user experience for the visitors.
Analytics
Analytical cookies are used to understand how visitors interact with the website. These cookies help provide information on metrics the number of visitors, bounce rate, traffic source, etc.
Advertisement
Advertisement cookies are used to provide visitors with relevant ads and marketing campaigns. These cookies track visitors across websites and collect information to provide customized ads.
Others
Other uncategorized cookies are those that are being analyzed and have not been classified into a category as yet.
SAVE & ACCEPT